Adding to the atmosphere of noise and singing voices in the stands often you will see supporters using visuals to signal their support to the team and fellow fans. A regular assortment of flags, signs and banners appear at every match, but on occasion a larger and more epic variety, affectionately known as a tifo, sends a stronger signal to the pitch and fellow fans. Tifo displays are a tradition shared across football supporter culture from some great displays put on right here at home over the years and around MLS, to legendary and inspiring displays put on at famous clubs around the world regularly. The opportunity to work together and express shared love for the team in a creative way is as much about the journey of production as much as the end result. Contributing creative energy and adding to the spirit and passion of supporters in the stands on match day is always a good feeling.

The home opener is always a chance to go big – channeling excitement for the new campaign into bigger display aspirations, pushing boundaries and rising to challenges. The TFC season started with an extended road trip again, giving us a bit of extra time to dream. While the weeks did get busy with away viewings and trip organization, the first big step of course was finding an idea, theme or concept to run with! Our moment of inspiration came as the season kicked off away in New York. Sebastian Giovinco, fresh off a ‘banner’ MLS season, continued his scoring ways, and debuted a new celebration move to the world from the pitch of Red Bull Arena – the ‘kick start’. Shortly after as we pondered tifo ideas, a scribbled note that simply said ‘vespa tifo’ lead to the call to members for design ideas. Ideas turned into submissions by illustration-inclined talents in the group and once the final idea was agreed on next steps proceeded.

While the Reds continued to play away around the league, a driven RPB Banner Team helped things fall into place including everything from sewing giant fabric canvas together, getting assorted painting supplies and finding space to work. Getting the actual production under way, people stepped up to volunteer time and skills. Meeting on days and nights for hours at a time the tifo quickly materialized from sketched lines on fabric to a painted reality. As the last drops of paint dried, the big day arrived and the clock wound down. The tifo was finally ready to do its part joining us in welcoming the new campaign at home. It went up without a hitch, sending the message to the Reds on the pitch and a signal of passion to supporters around the stadium! Well done to all that contributed along the way and especially the dedicated and driven crew that saw it thru. Together for the Reds.

Here’s some behind-the-scenes pics and the final result up at BMO. 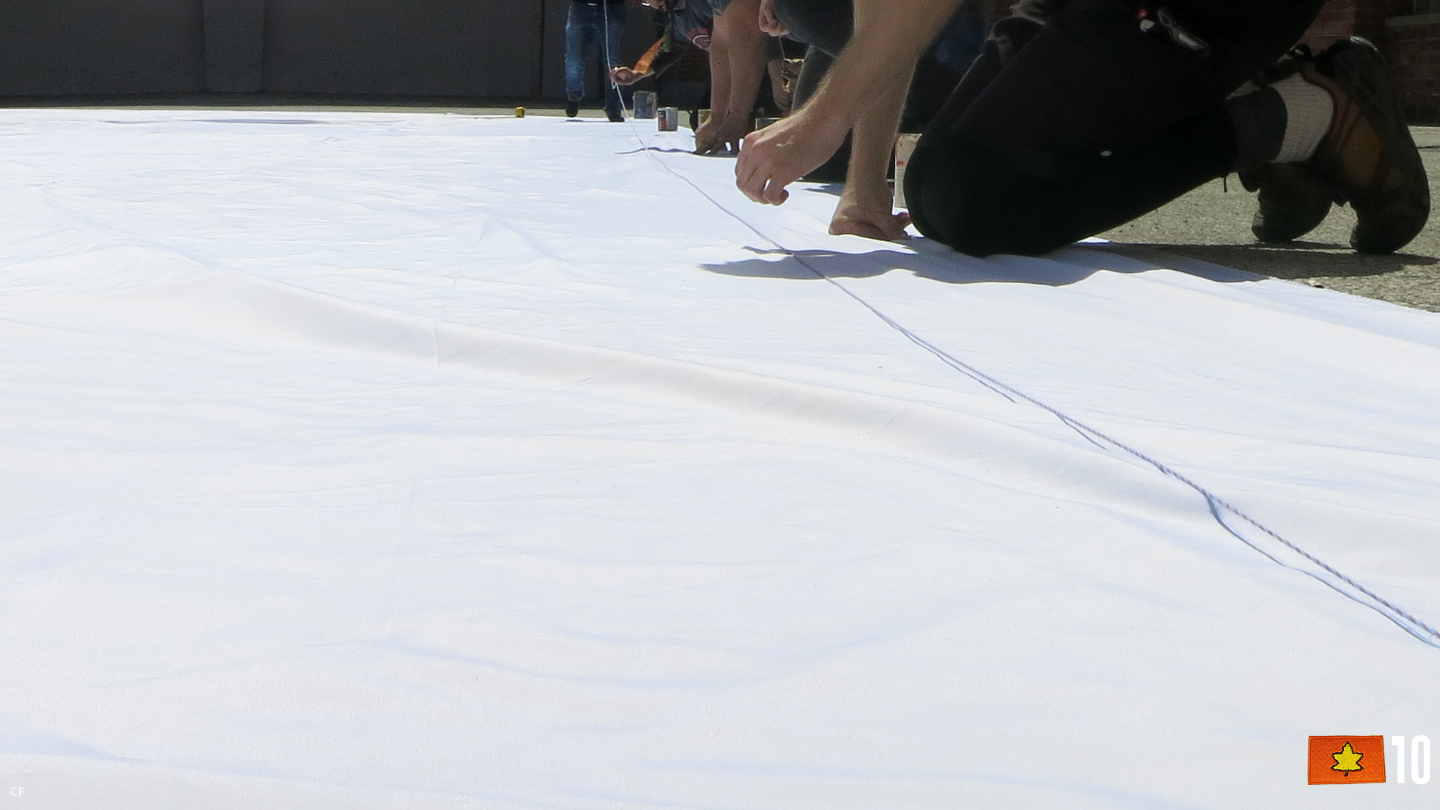 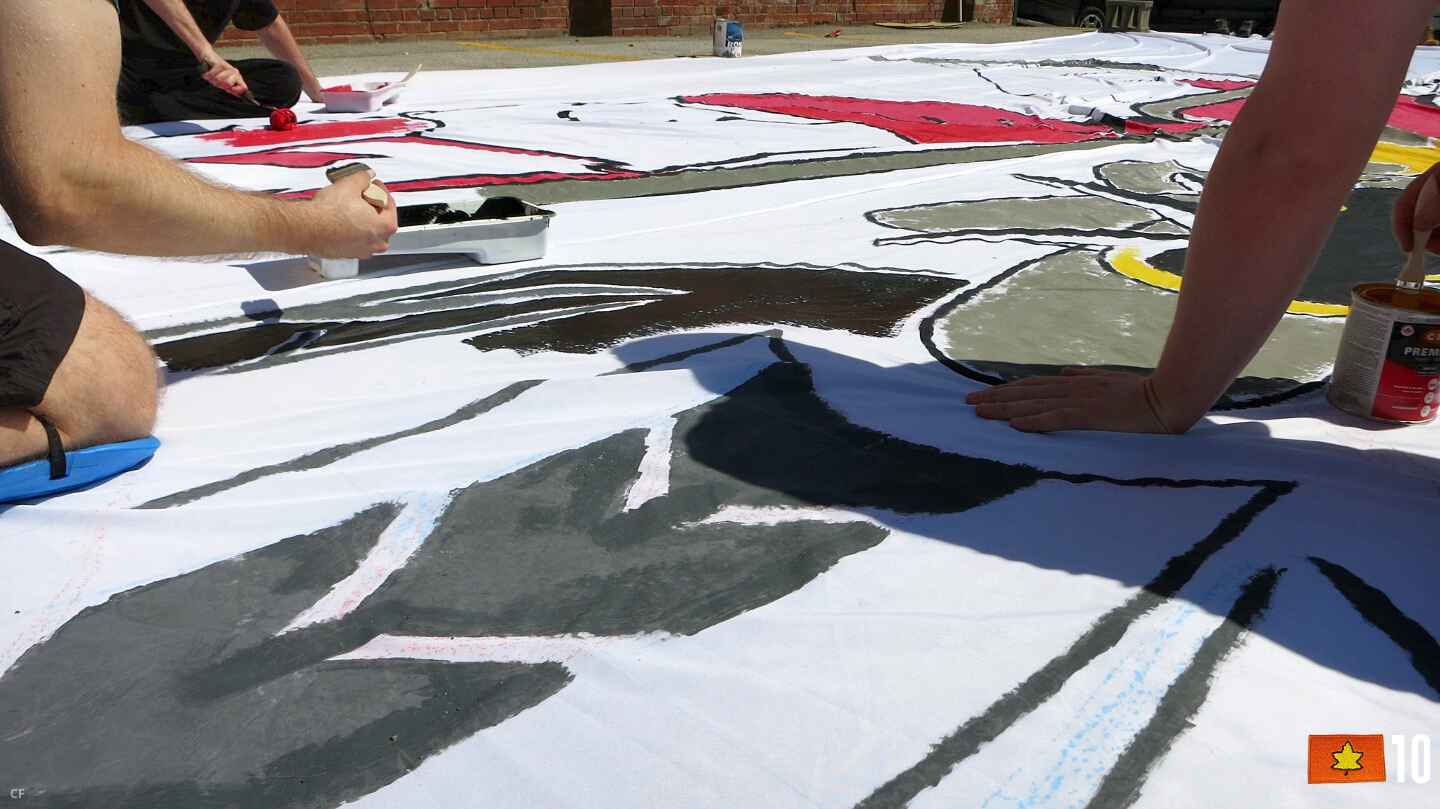 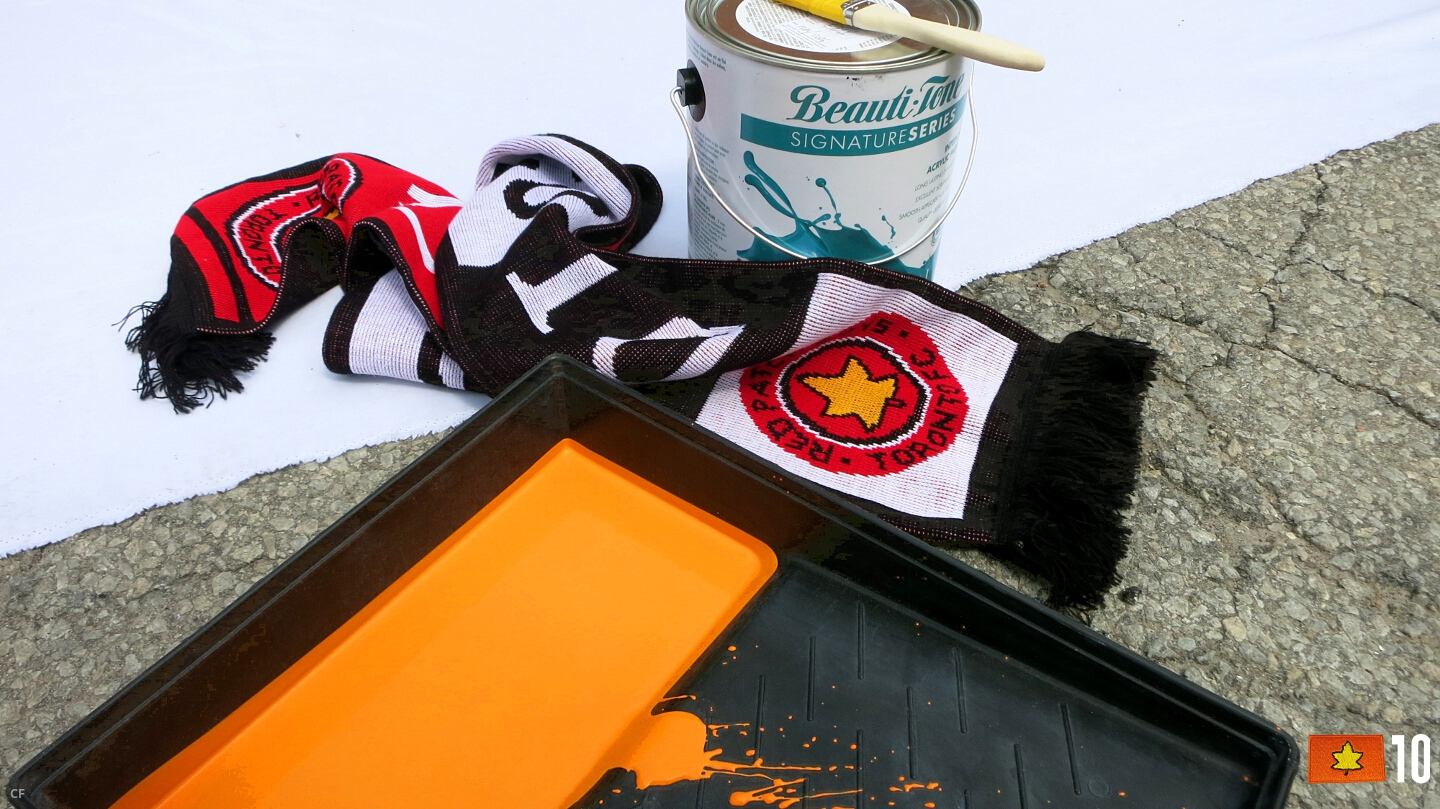 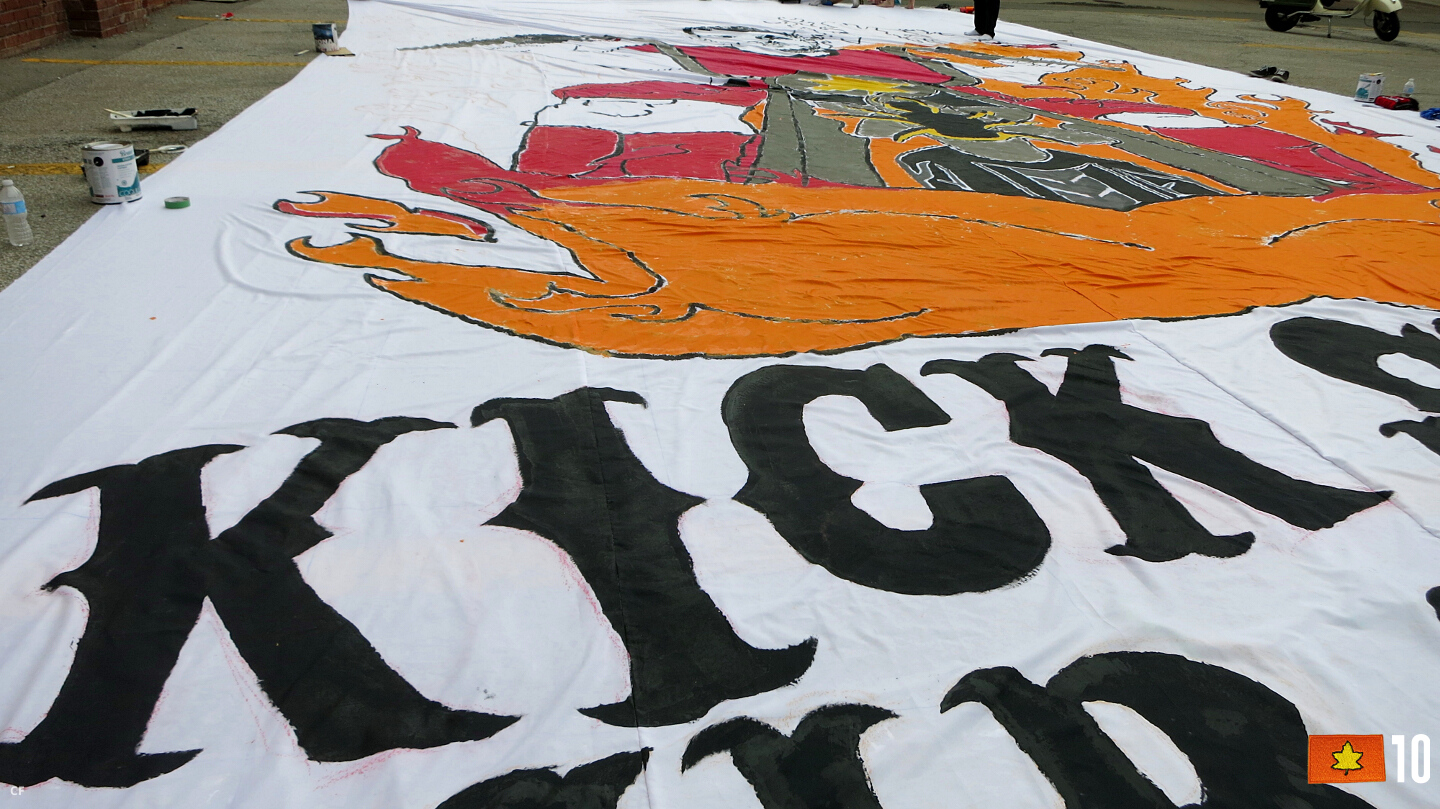 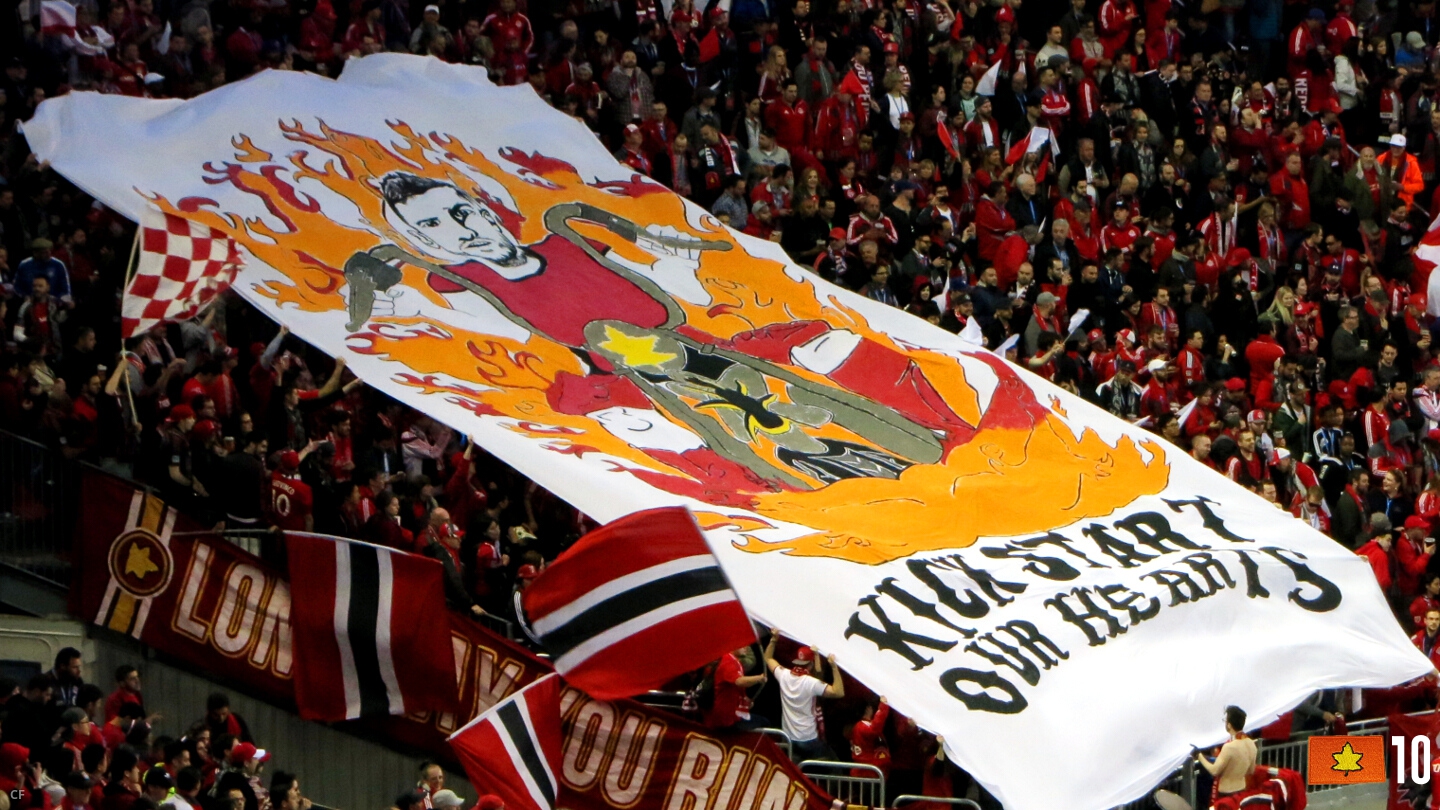 Look like fun? You can get involved on a project like this, work together with fellow supporters and make your mark. We’re always looking for more hands and input, so keep an eye out for a chance to join in on the next one.

Members: look on the forums for exclusive bonus pics from the making of this project.