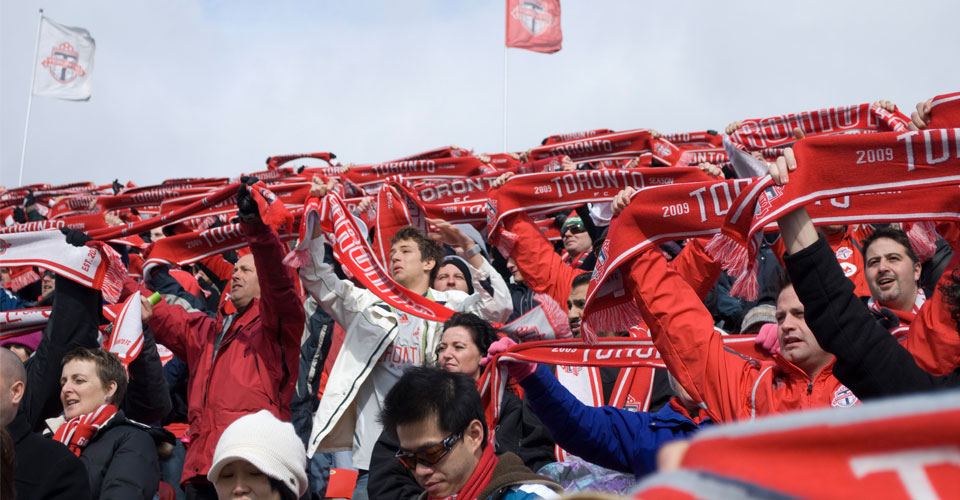 This is the Original Red Patch Boys Charter upon which the group was founded.
It has now been superseded by the By-Laws which can be found here:
redpatchboys.ca/bylaws

*A copy of this charter will remain as a reminder of the principles that founded this group.

We are the voice in the stands
filled with passion, pride and purpose
for every minute of every game.

Article 1 – Identification
The name of the organization shall be The Red Patch Boys Supporters Club Toronto, hereinafter called the “Club”.

Article 3 – Organization
The Club shall be composed of members as hereinafter set out and it shall be managed by an Executive council constituted as stated in these by-laws.  The Club will adhere to all Municipal, Provincial and Federal government Laws and By-Laws.

Article 4 – Membership
Memberships will be available throughout the year.  Every application for membership shall be made in writing and must contain the applicant’s full name, address, including postal code, email address, and telephone number.  Applicants are encouraged to be on the Red Patch Boys internet message board.

The supporters group shall consist of “Regular” and “Honoured” members. Membership applications are voluntary, and are to be recommended by Team Leaders.  They are also subject to approval by Executive council. Candidates may be brought forward by existing members or apply as individuals.

Termination of Membership: Membership may be terminated by direct request of the member, failure to pay membership dues, or for individual actions deemed unfit by the Executive council.  Dues are not refundable if a member is terminated from the group.

The Executive Council will have the authority to approve spending up to the limit of $1000.  This limit does not include normal operating expenditures.  The majority of the membership at a Members meeting must approve any expenditure above this amount.

Any two (2) members of the Executive Council have the authority to sign cheques relating to club business, one (1) of the signatures must be that of the President or the Treasurer.

Team Leaders: These positions are appointed by the Executive council and maybe extended, or terminated, based on the groups needs, and the performance of the team leader in the previous year.

Article 6 – Duties of Officers
The President shall preside at all meetings, rule on any questions and points of order.  In addition, the President will have the deciding vote in case of a tie.  Act as a spokesperson for the Club unless such responsibilities are delegated.  The President shall have the power to appoint a qualified member to temporarily fill any vacancy that may occur in any elective office until such time as appropriate notices are sent to the membership for the holding of an election to fill the vacancy.

The Communications officer shall be responsible for corporate affairs of the Club.  These duties include but are not limited to, giving notice of all meetings, attend general meetings and keep minutes of such meetings.  Minutes of such meetings are to be read at the next meeting.  Be the custodian of all club minute books, club files and club correspondence files.

Article 7 – Elections
The President and Vice President will be selected via individual secret ballot voting at the Annual Year End General Meeting. Each member is entitled to one vote, and must be in attendance, and in good standing, in order to cast his or her vote. The official terms of the officers shall commence immediately upon verification of the voting.

Only Regular members are eligible to hold office in the Executive council.

Executives may only be nominated, or appointed, after serving the Red Patch Boys as a team leader, or in another position of active responsibility.

The current President and Vice President shall declare their candidacy for a subsequent term no later than 10 days after the conclusion of the TFC season. (Regular season or playoffs, whichever runs longer)

New nominations for either post must be submitted in writing to the Communications Officer no later than 15 days from the conclusion of the TFC season. Candidates must fulfill the requirements laid out in the requirements for an Executive council position.

The Communications Officer shall prepare ballots for the voting membership, tabulate and record the votes, notify the candidates of the results, and then notify the general membership of the final tabulations. The election will be conducted at the Annual General Year End Meeting of the Supporters group every second year. In the event of a tie vote for any office, the Communications Officer shall poll the members of the previous Executive council by secret ballot to resolve the tie.

All meetings shall be conducted in the manner of and following the rules of order according to parliamentary procedure.

A two thirds (2/3) majority vote is needed to pass any motions.  The annual budget will require a simple majority of the members’ vote.

Article 9 – Dues
Annual membership dues are to be established by a majority vote of the Executive council by January 15 of each year.

Article 10 – Discipline
All matters of discipline will be under the jurisdiction of the Executive council.
Any Executive council member or Team Leader has the right to ask anyone causing trouble of any kind within the club boundaries to leave the function and maybe considered “unwelcome” until notified of any disciplinary actions after a meeting of the Executive council.  The member will be notified to attend a disciplinary meeting.  Club boundaries include but are not limited to: Away trips, Tailgates, Group Marches, Pub nights and social events.
Racism, negative prejudice and violence is not condoned by the Red Patch Boys.  Participation in these activities will result in disciplinary actions and can lead to expulsion from the group.
All guests shall be subject to the same rules in this section.

Article 11 – Amendments
All proposed amendments to the constitution shall be forwarded in writing to the Club no later than December 31 of the year prior to the Annual General Meeting or fourteen (14) days prior to a Special General Meeting called for that purpose.

Amendments to the constitution will require a two thirds (2/3) majority of the members’ votes present.