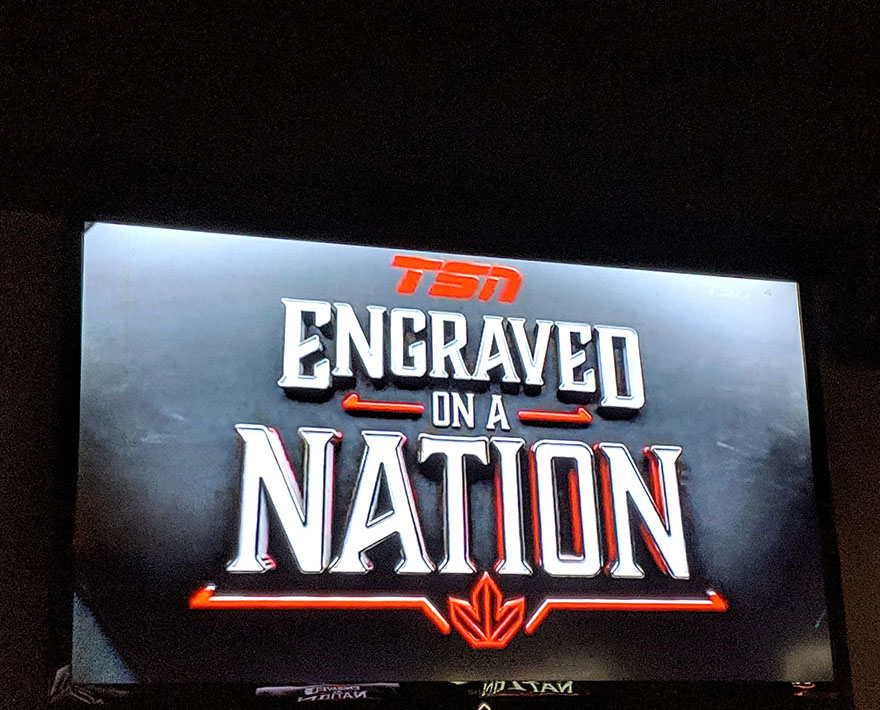 TSN aired a documentary series called Engraved on a Nation featuring various Canadian sports stories. One of the episodes focused on TFC Supporters. The documentary called The Northern Touch aired on TSN Tuesday, March 12 at 7:30 PM. RPB members, friends as well as other Supporter group members and friends featured in the documentary such as Kings in the North and TRN along with the film crew, producers and their family and friends gathered at Joe’s for the viewing.

A number of RPB members were present on match days at locations home and away as the filming took place over the course of the 2018 season. RPB member in-person interviews were conducted at various locations in and around Toronto including at our beloved Shoeless Joe’s. The documentary focused on supporter culture in and out of the stands as well as a behind the scenes look of what happens during the season. Footage included TFC match days at BMO and for the Canadian Champions League featuring away travel supporter road warriors in Guadalajara, Mexico. The Supporter’s Shield and RPB beer affiliate, Red Thread Brewing also received air time. The highs and lows of the season were all showcased in this hour-long documentary. 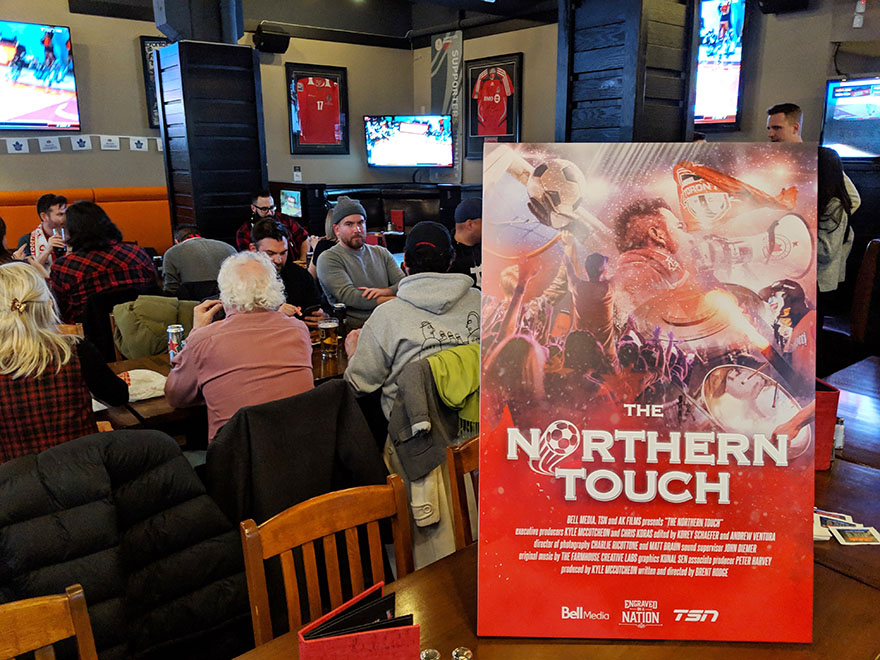 RPB Members, other supporter groups, film crew, producers, and their family and friends gather at Joe’s to view the premiere of Engraved on a Nation