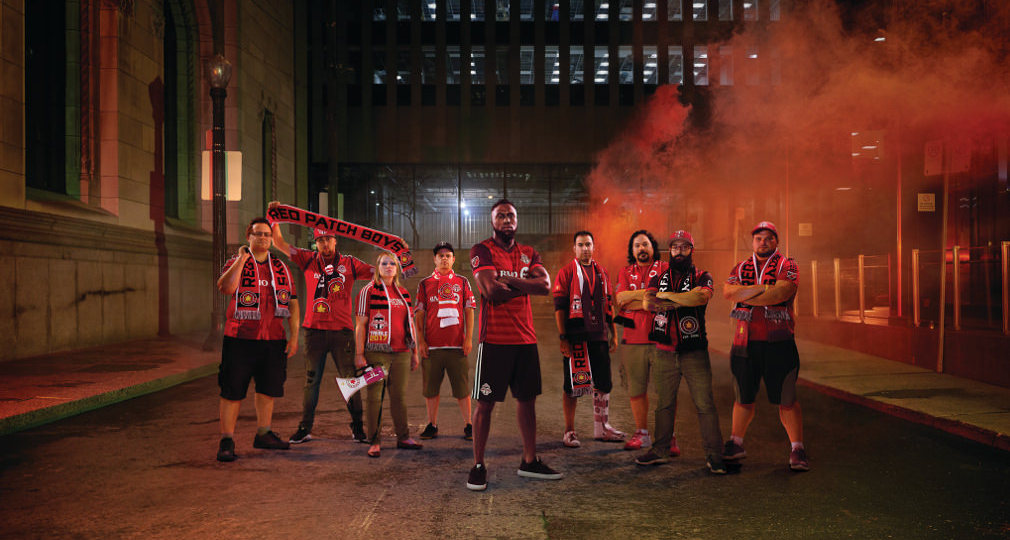 We recently had the honour of featuring in an ad campaign for the SickKids Hospital Foundation. Yep, that’s a bunch of RPB pictured and you may recognize the big man up front, Jozy Altidore. This is part of a large fundraising campaign SickKids is running, “SickKids VS Limits” which has been asking different community groups from all around city to participate to represent the broad interests and culture across the city getting behind the hospital foundation’s good work and drive to build a new SickKids.

You can donate and ‘join a crew’ as part of it now! Go to joinyourcrew.ca and donating will give you a chance to select THE REDS crew to be a part of! Worthwhile and nice to be involved representing and promoting the game and city we love out in the community.

Grateful for support Jozy Altidore has given to SickKids over the years. Today, he’s stepping up to rally Reds fans to come together & raise funds to build a new SickKids. Donate to join Jozy & the Reds crew at joinyourcrew.ca