Over the past year, supporter groups from across Major League Soccer worked together to fund, design and deliver a new Supporters’ Shield to replace the previous trophy. The shield is given to the team who has the most points at the end of the regular season. To celebrate the hard work and combined contribution from supporters across the league, a “Tour of the Shield” was set up to ensure it visited every club during the 2013 season.

This coming Saturday, the Supporters’ Shield will be in town and we’d like to invite all TFC supporters to come down to see the shield and celebrate the hard work of supporters across the league. We will have the shield with us at Shoeless Joe’s (1181 King Street West) starting at 1:00PM to approximately 3:00PM for supporters and fans to see it and even take their picture with it.

The shield was funded independently by supporters across the league (contributions from all groups involved in its creation). In order to help cover these costs and the ongoing maintenance, a limited amount of scarves have been created and will be available for purchase at Shoeless Joe’s. 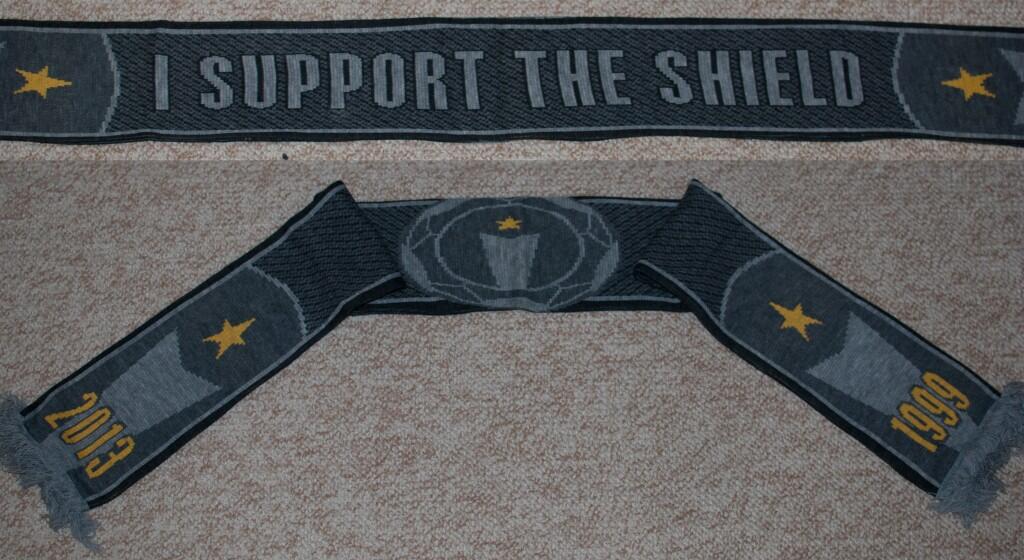 The scarves will be sold for $20 each and all proceeds will go towards the shield itself. For more details on the the shield and the tour please visit the Supporters’ Shield Foundation website here: http://supportersshield.org/

The shield is a direct result of the cooperation of the Independent Supporters Council; for information about the council please visit their website here: http://independentsupporterscouncil.com/

Finally the new Supporters’ Shield shares a  strong connection with Toronto as it was designed, built and brought to a realization by members of our very own Red Patch Boys.

Things are coming together and the necessary software upgrades are occurring. Once the software upgrade is complete some internal testing will need to take place prior to relaunching it to the public. The issues described in last weeks post have been resolved and now its only a matter of the IT folks finding the time in their busy schedules to complete the work.

A quick reminder to members RPB elections will be held this year. Further details will be shared with the membership when the boards are back online.